is a location featured in Darksiders. It is where the bat queen Tiamat resides.

A house of worship known as The Twilight Cathedral is home to the first two bosses on the mainland. It is an old, half-demolished and large former church, totally devastated by the Apocalypse. Access to The Twilight Cathedral is gained via flight on the Angelic Beast through Echo Gorge, as it is completely surrounded by lava and cannot be reached by land. The Twilight Cathedral is filled with traps and organized puzzles that War needs to surpass in order to progress in the game. The player receives the Crossblade in this area, and the ability to use Serpent Holes when the dungeon is complete after The Jailer and Tiamat have been defeated.

Later on in this section of the game, as you're figuring out one of the said many puzzles, you encounter the first boss, The Jailer, who is fought in the basement. After ascending a tall, spiraling staircase, you must confront Tiamat, the Bat Queen. During this fight you use bombs and torches and some good old fashioned beat down to take care of her, after which you relieve her of her still-beating Heart of the Chosen. War then exits the Cathedral only to realize he's surrounded by rock and molten lava. Vulgrim then asks War to see Tiamat's heart, in exchange for being able to use the Serpent Holes. The Serpent Holes are the only way out of the Twilight Cathedral, seeing as how Tiamat decided to deny you your ride and feast upon the Angelic Beast instead, and will also become an intrical part of the game, as it will be come the fastest way to travel from place to place when you're sent on errand-running.

You receive the Crossblade in this location, a very handy tool that you will use throughout the game. The Crossblade can easily dispatch any kind of Duskwing by charging the blade up before you throw it. The Crossblade mostly serves as a puzzle-solver, and is required to advance through the rest of the Twilight Cathedral, being used to ignite torches and bombs.

The Cathedral is filled with blatant angelic imagery, with one of the larger statues even bearing the sign of the Angels, a cross encircled by stone. This very design is a common feature on the weapons used by the angels, leading to the belief that humans worshipped angels, or at least, that angel worship was indulged in by a certain sect of humanity. Also, sprawling catacombs are found lying beneath the floors of the cathedral, featuring moving platforms, lakes of lava, hidden or barred gates, secret passages and a large number of gibbets hanging from the subterranean cieling. It is hinted at that the humans who used this cathedral did not use it solely for worship, but for something far more sinister. This is voiced by The Watcher, who wonders aloud if the humans had hidden anything down there. 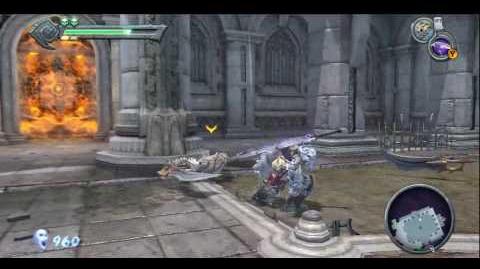 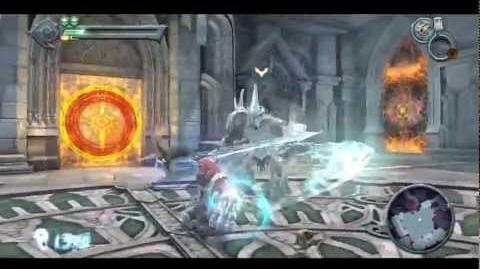 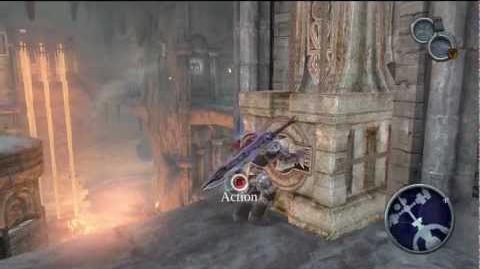 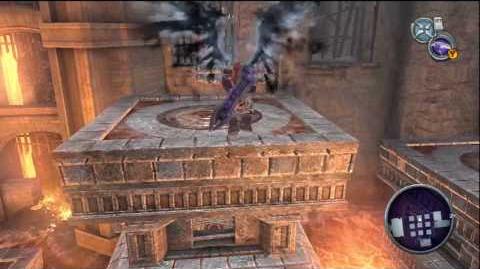 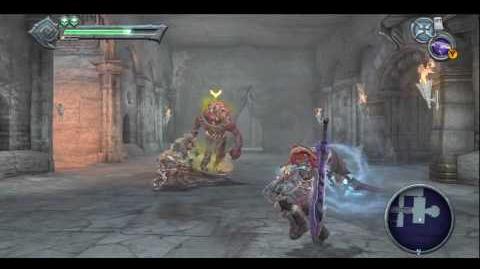 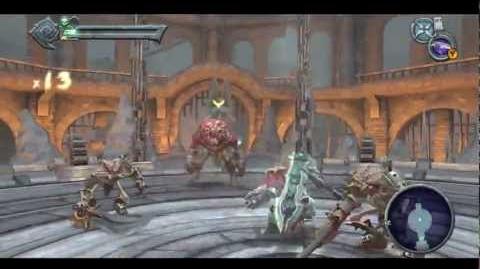 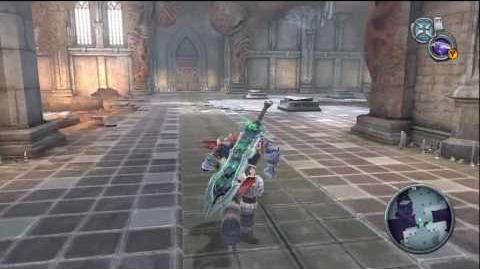 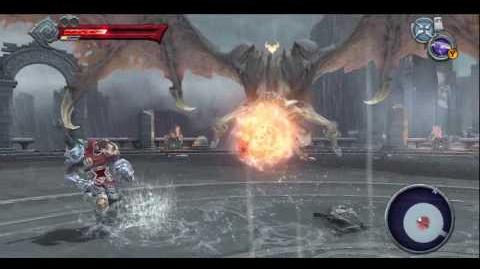 Retrieved from "https://darksiders.fandom.com/wiki/Twilight_Cathedral?oldid=31388"
Community content is available under CC-BY-SA unless otherwise noted.