The Seven Deadly Sins are the main antagonists in Darksiders III. The Horseman of the Apocalypse Fury is tasked with hunting them down after they escaped and made their way to Earth.

The Seven Deadly Sins are a subject of controversy within Creation. Known as the riddle of Sorrows, for reasons yet unknown, The Creator made his universe full of suffering, misery and sin itself. With their own place in the grand design of Creation the sins are, by definition, divine beings. Despite this relationship to the one they claim to serve, The Charred Council saw fit to have their enforcers the Horsemen imprison them.

When the early Apocalypse was triggered, the Council made plans to have each of the Horsemen eliminated; as part of their plot, they released the Seven Sins onto the war-torn Earth, most of them with new powers and each one remaking a chunk of The Destroyed City into their new homes with the intent of having them take out one of their enforcers Fury, whom they sent after the 'escaped' sins.

Most of the sins either didn't realize what the Council was planning, or didn't care, but three among them sought to take advantage and turn their assassin into an ally through their own gambits. Lust staked their claim among the ruins of a cargo ship where they hunted angels and demons alike raising them into a army of the undead, and when Fury did arrive, Lust attempted to take advantage of her ambitions for power and recognition in order to have her join them, though their illusion simply ends up provoking her instead.

Pride, on the other hand, set her fellow sins up by making them into stepping stones for Fury's growth. Therefore, when her turn came to offer the now vastly stronger Fury a place at her side, she instead found herself to have become simply another stepping stone. The most crafty of all, however, was Envy, who not only succeeded in turning Fury into her ally via pretending to be a Watcher, but also defeated the Horsman and stole her power along with those belonging to Envy's six siblings via the Talisman of Sin.

Now vastly stronger than even her unwitting bodyguard, Envy traveled to the Council's Chambers where she attacked and gloated to the Charred Council, openly voicing her intention to let Heaven and Hell slaughter each other, then assassinate the remaining leaders once they're weak enough, which would allow her to seize Creation for herself. Unfortunately for Envy, she still had a thoroughly enraged Fury to contend with, who chased her all the way to the Council Chambers.

Once Envy was defeated, she, like her fellow sins, found herself turned into a makeshift hand grenade when Fury exploded the Talisman in the Council's face. Whether or not the Sins' essence managed to survive the explosion remains unknown. 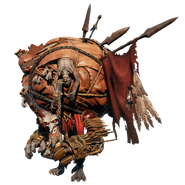 Pride, Keeper of the Vigil 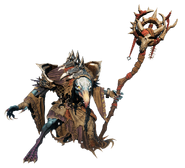 Envy, the Covetous Queen, in her true form 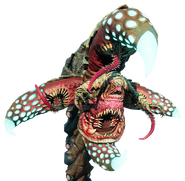 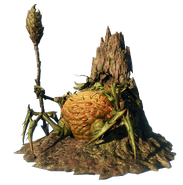 Sloth, Lord of the Flies
Add a photo to this gallery
Retrieved from "https://darksiders.fandom.com/wiki/Seven_Deadly_Sins?oldid=33459"
Community content is available under CC-BY-SA unless otherwise noted.