The Dead Court is a part of the main story line in Darksiders II. In the first portion of the quest you must travel to the Phariseer's Tomb, then you must fight the Phariseer. Once you have completed this dungeon, you will be able to use the ability Interdiction to summon the Phariseer. You must then use the ability to solve the puzzles in Judicator's tomb and collect 3 wayward souls for the Judicator to judge. Once you've completed this, the Judicator will serve you as well. After obtaining control of both of them, you will be confronted by the last Dead Lord, Basileus. He will claim all your efforts thus far are not the real challenge, and urges you to seek out the Psychameron- only then will Basileus consider you worthy to command him, and return to the Eternal Throne in your entourage with the others. Upon returning to the Lord of Bones, his anger at the cowardice and disloyalty of his Dead Court means they find no mercy, and are destroyed by him. However, after Death protests being manipulated and finding the Dead Lords only to see them cast aside, the Lord of Bones states that Death has earned his gratitude. He then mentions one in the City of the Dead who can show Death how to reach the Tree of Life, and reveals that he knows of Death's guilt regarding the destruction of the Nephilim. The Lord of Bones sees the inner turmoil of Death, and unlocks the power inherent to a soul so wracked with guilt- called Soulsplitter, this ability allows Death to divide his essence into 2 emanations that can then manipulate the world separately, while Death's true form is immobile. This power replaces Interdiction, since that ability is now obsolete, and completes the questline of the Dead Court. 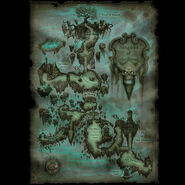 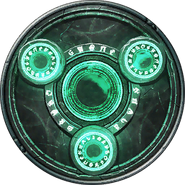 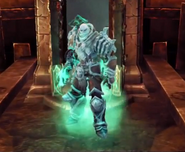 Add a photo to this gallery
Retrieved from "https://darksiders.fandom.com/wiki/Dead_Court?oldid=31659"
Community content is available under CC-BY-SA unless otherwise noted.