Darksiders III takes place parallel to the events of the previous games in what is described as a dilapidated, war-torn planet Earth. It follows the protagonist Fury, Rider of the Black Horse, sister Horseman of the Apocalypse, and one of the last of the Nephilim, in her quest to hunt down and destroy the Seven Deadly Sins, as ordered by the Charred Council.[1][2]

Fury encounters the Lord of the Hollows, a powerful entity within the Hollows that helps Fury in her quest to destroy the Seven Deadly Sins. Wielding power enabling both weary Angels and Demons to complete release from the cycle of life, death and rebirth of the Well of Souls, the Hollow Lord aids Fury but his own goals remain unknown. The Hollow Lord attempts to inform Fury that she is being manipulated by the Charred Council for their machinations, going so far as to call her ignorant and blind to their plans and lies. Though Fury denies it, the Lord of the Hollows nonetheless aids her by giving her the powers of elemental hollows (to enhance her combat abilities) and instructs her to hunt down Abraxis and return his soul to him. 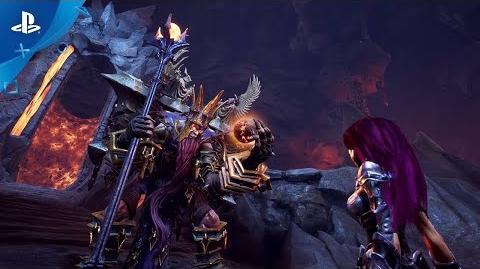 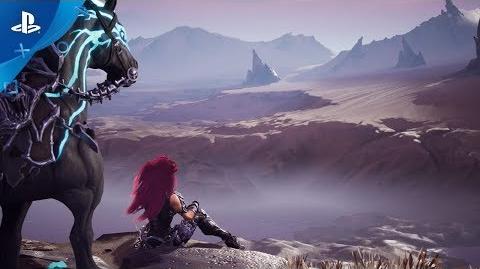 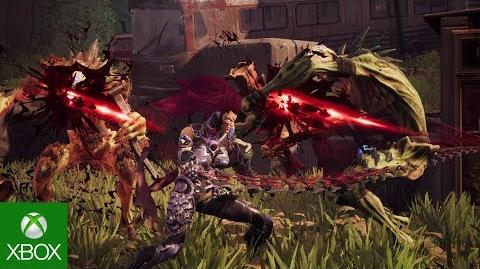 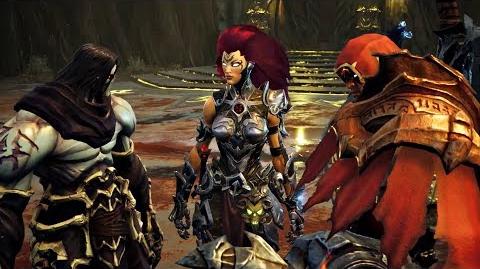 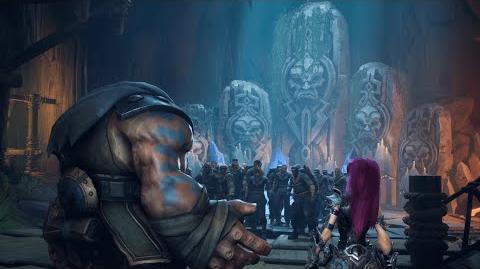 Darksiders III - Release Trailer
Add a photo to this gallery